Public Health Emergency in the ACT

A Public Health Emergency has been declared in the ACT for the response to the COVID-19 pandemic. See the COVID-19 website for more information.

Limited access to the Event Terrace 16 - 25 November due to site works. Gallery of Gardens closed 23 - 25 November.

Within the Central Valley of the National Arboretum Canberra is a row of Hoop Pines that recognise Australian Heroes. These remarkable individuals have impacted Australia through social reform, science, the arts, politics, sports, indigenous affair amongst other categories, and their trees stand alongside those which recognise visiting Heads of State, royalty and international dignitary’s.

Professor Tom Calma AO was recognised with an Australian Hero tree dedication today by the ACT Chief Minister, Andrew Barr MLA, at the National Arboretum Canberra for his significant advancement in human rights and social justice.

Professor Calma is an Indigenous Australian, an elder of the Kungarakan  people and member of the Iwaidja people whose traditional lands are south-west of Darwin and on the Cobourg Peninsula in the Northern Territory.

He has been involved in Indigenous affairs at a local, community, state, national and international level and worked in the public sector for over 45 years. Professor Calma is currently on boards and committees focusing on rural and remote Australia.

Professor Calma is Chancellor at the University of Canberra and has an illustrious career in academia and the public sector focusing on rural and remote Australia issues such as health, mental health, suicide prevention, all levels of education, culture and language, justice reinvestment, research, reconciliation and economic development. Perhaps best recognised for his ‘2005 Social Justice Report’ that focuses on Indigenous health equality which became the catalyst for Australia’s ‘Close the Gap’ campaign. The Close the Gap campaign has importantly brought national attention to urgently achieving health equality for all Indigenous people.

Equally Prof Calma has been instrumental in the establishment of the National Congress of Australia’s First Peoples, development of the inaugural National Aboriginal and Torres Strait Islander Suicide Prevention Strategy, and promotion of Justice Reinvestment.

His lifetime of work has been recognized through multiple awards and degrees including but not limited to: an Order of Australia medal; honorary doctor of science from Curtin University; honorary doctor of letters from Charles Darwin University; honorary ‘doctor of the university’ from Flinders University for his work in advocacy and leadership in Indigenous health reform; adjunct Professor University of Queensland; ACT Australian of the Year award;  inducted into the ACT Honour Walk 2018; amongst many other media accolades and ambassador positions and awards.

Professor Calma most recently became the co-chair to the Senior Advisory Group of the ‘Indigenous voice to government’, convened by Ken Wyatt. This advisory group will articulate the next step forward regarding how Aboriginal and Torres Strait Islander people are too be included in government’s decision-making process.

The tree dedication ceremony was opened with a Welcome to Country from Ngunnawal Elder Aunty Violet Sheridan.

You can visit the Australian Hero trees in Central Valley seven days a week during the Arboretum’s opening hours. 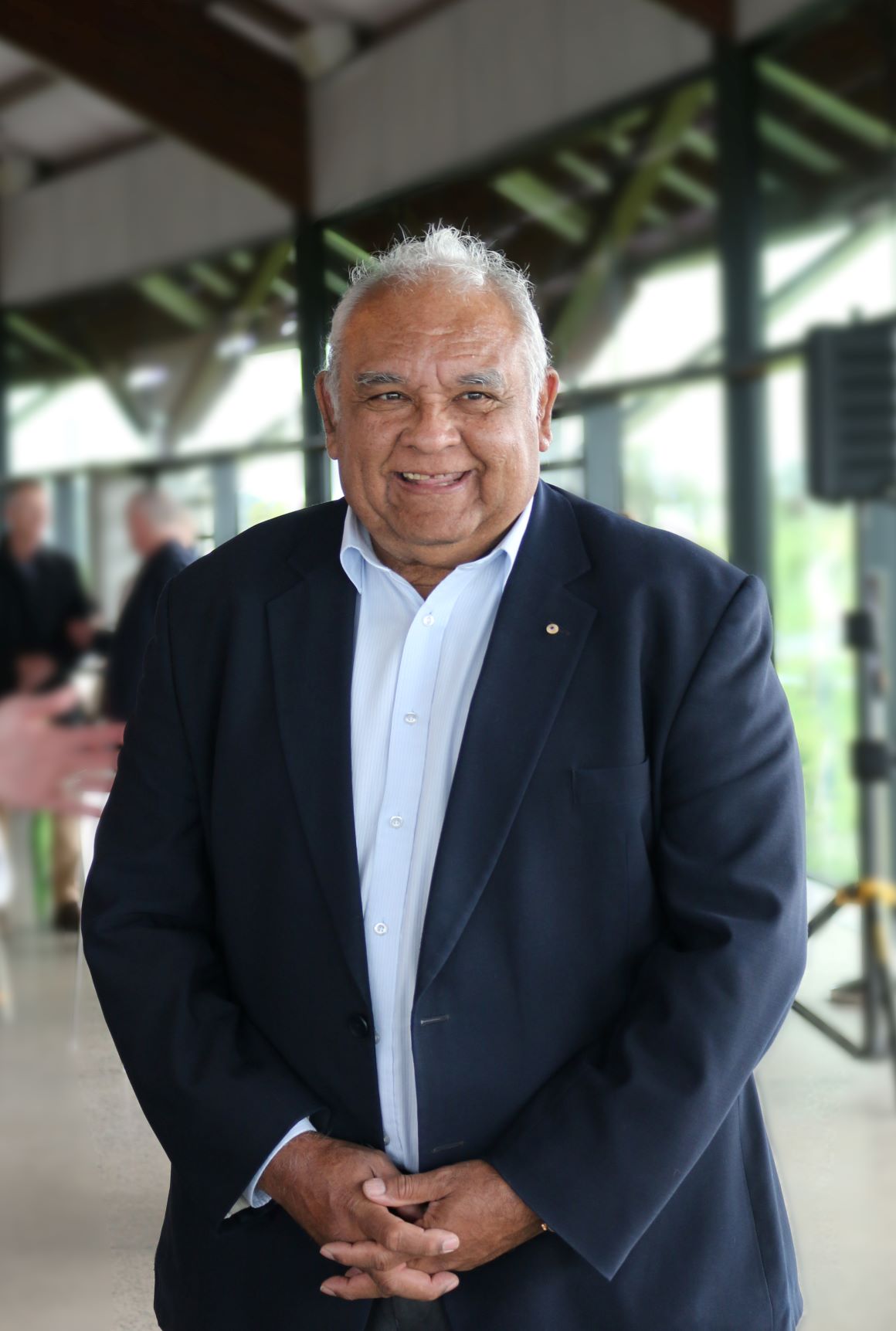 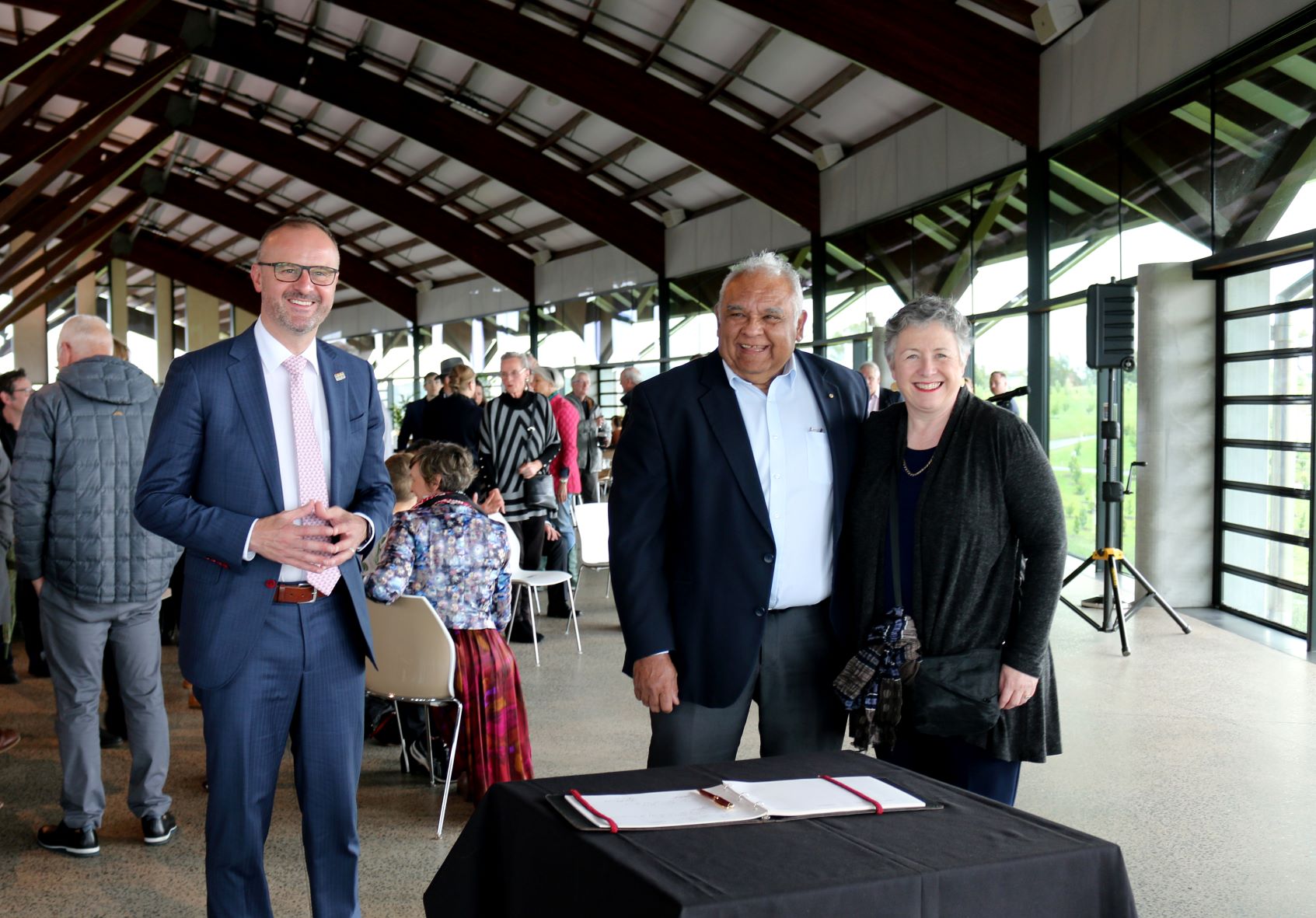